Jefferson County Veteran of the Month for January: Norm Balderson 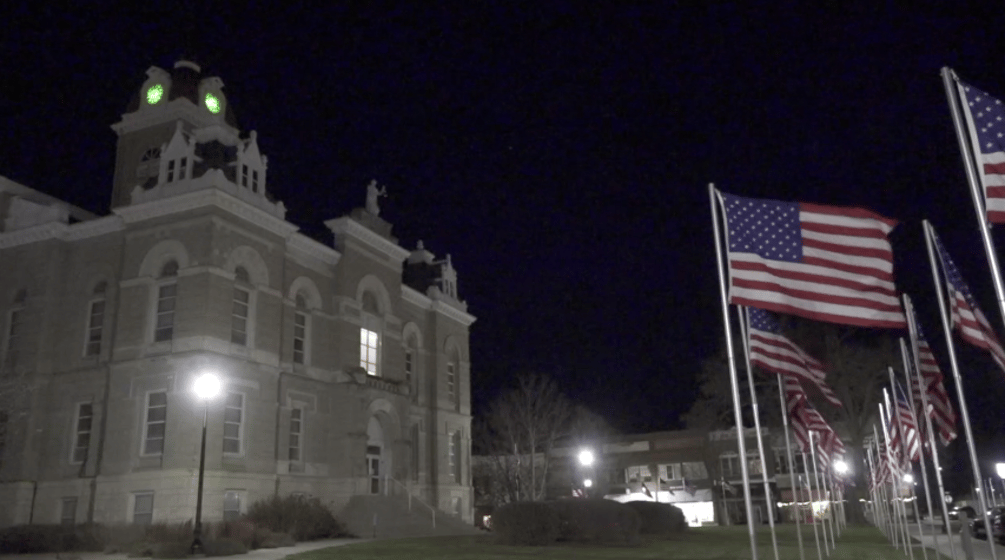 Norm Balderson was born and raised on a farm between Diller and Odell, NE. He attended country school all eight years before attending high school in Diller where he graduated in 1951. He worked for the Rock Island railroad until that Fall when he attended Fairbury Junior College.

Norm was assigned to a transport squadron in December 1952 at Hickam Field on Oahu. He was sent to Kwajalein for three months temporary duty where he and 17 others serviced aircraft which were en route to various destinations. When he returned to his squadron on Hickam Field he served as a weight and balance technician, calculating loads for aircraft, and flew as a mechanic. His squadron was responsible for transporting troops, mail and cargo to various destinations such as Wake and Midway Islands, Iwo Jima, Guam, Okinawa, Philippines, Japan and Korea. The return flight to Hickam Field was to return military personnel for various assignments and to Tripler Army Hospital for treatment and/or processing. After 25 months of overseas duty, he was transferred to Moffitt Naval Air Base in California. There he worked weight and balance for aircraft and flew as a crewman on flights to Hawaii, Japan and Kodiak, Adak and Anchorage, Alaska.

He was released to active reserve status in January 1956 and received his honorable discharge in January 1960. He is a member of the American Legion and Life Member of the Veterans of Foreign Wars.

Norm and Darlene Roelfs were married on June 3, 1956 and moved to Sacramento, California where Norm worked for Aerojet General, a research and development company for solid rocket fuel. He worked with three chemists to develop propellant for several air-to-air missiles, including the intercontinental ballistic missiles (ICBMs) of the Minuteman family which still serve to this day as the backbone of America’s nuclear force. Norm and Darlene decided they wanted to return home to Nebraska where Darlene taught school and Norm ran Balderson Construction for 16 years. After that, Norm became licensed by the Securities and Exchange Commission and served as District Manager for Securities and Insurance Company out of Kansas City. They then moved to San Diego where Norm led an insurance company developing and marketing various products for several countries. Norm was a licensed pilot and they owned their own airplane which they flew for business and pleasure. Darlene was an excellent co-pilot and navigator.

Norm’s last employment was with Abacus, a subsidiary of United Airlines, headquartered in Singapore. He and Darlene travelled to several Asian countries including Hong Kong, Japan, Malaysia, Philippines and Macau.

Norm sang baritone with the Homestead Harmonizers out of Beatrice, NE for an enjoyable number of years and was Harmonizer of the year in 2005.

After many years with many adventures and experiences, Norm and Darlene decided to return to Diller where they started their married life in 1956. They still live in and maintain their home in Diller today. Norm and Darlene are the parents of Randy, Kathy and Mike, grand-parents of six plus their partners, and three great-grand daughters scattered from Nebraska, Colorado, Texas, and Louisiana.