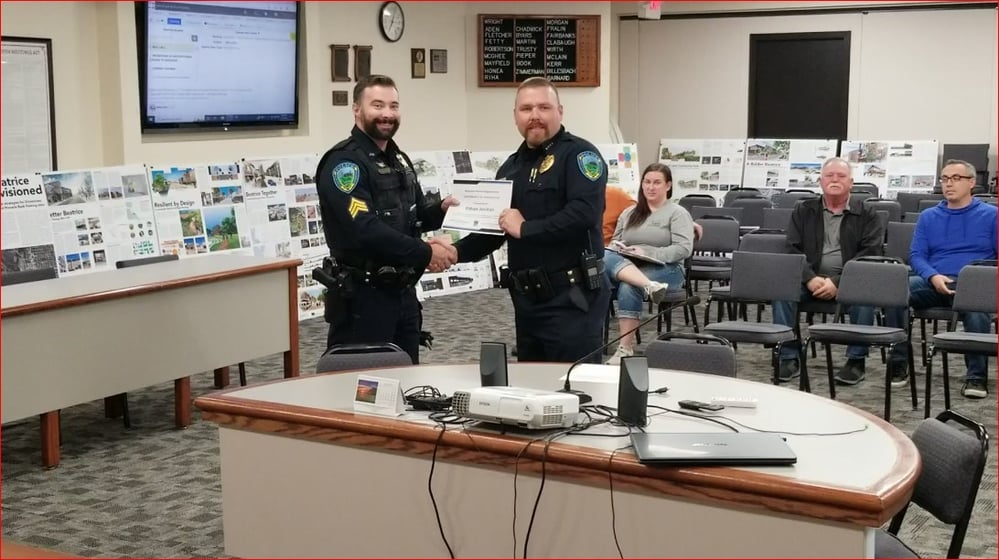 BEATRICE – A Beatrice Police officer has earned a promotion in rank. Officer Ethan Jordan, promoted to the rank of Sergeant in the department, was recognized before the mayor and city council Monday night, by Police Chief John Hickman.

"Officer Jordan started his law enforcement career in Cortez, Colorado. Recently, I spoke with some of his former co-workers and supervisors. They spoke extremely highly of Officer Jordan and his ability. He was there for a couple of years and then moved to Beatrice and he's been with us for about four years, now. While he was here, he's earned Officer of the Year, been a field training officer, he won the MADD award which is recognized across the state for contributions to DUI enforcement and keeping our highways safe."

Jordan was the winner of this past summer’s Mr. Homesteader fundraising contest that helps support Blue Valley Behavioral Health. He holds a bachelor’s degree in criminal justice.

Chief Hickman says the promotion was preceded by an assessment that revealed several good candidates for promotion to the sergeant rank.