The Nebraska soccer team saw its Big Ten Tournament come to an end in the semifinals as the Huskers fell to #6 Michigan State, 2-1, at Lower.com Field on Thursday afternoon.
Thursday, November 3rd 2022, 3:47 PM CDT
By NU Athletic Communications 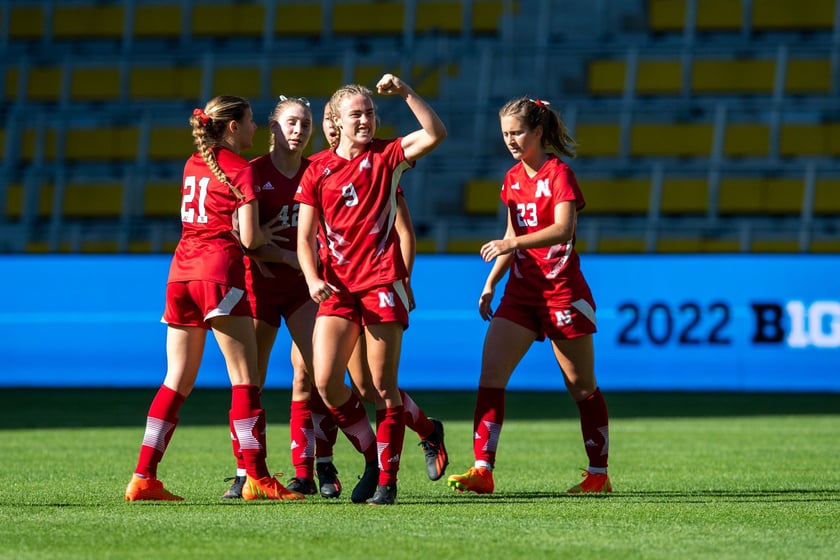 Columbus, OHIO – The Nebraska soccer team (8-7-5, 5-3-2 Big Ten) saw its Big Ten Tournament come to an end in the semifinals as the Huskers fell to #6 Michigan State, 2-1, at Lower.com Field on Thursday afternoon.

The top-seeded Spartans struck first in the 22nd minute as Camryn Evans found the back of the net off an assist from Courtney Koehler. MSU held the 1-0 lead until the Huskers scored the equalizer in the 36th minute.

Sophomore Jordan Zade sent the pass into the penalty box which was headed by junior Eleanor Dale and past the MSU goalie for the finish.

The teams were tied 1-1 entering halftime, but the Huskers held the advantage in shots (5-3) and shots on goal (3-2).

The second half was scoreless until Michigan State found the back of the net again when Koehler extended the Spartan lead to 2-1 off the assist from Ranya Senhaji in the 66th minute.

The Huskers were unable to take advantage of their scoring chances, and Michigan State grabbed the win to move on to Sunday's finals.

Overall, the Huskers topped the Spartans 13-9 in shots, but the teams were tied with six shots a piece on goal. Nebraska's shots were distributed among eight different players with Weber leading the team with three.

Sunday's Big Ten Final between Michigan State and the winner of today's Penn State and Northwestern matchup is scheduled for 1 p.m. (CT) at Lower.com Field. The game will be televised on the Big Ten Network.