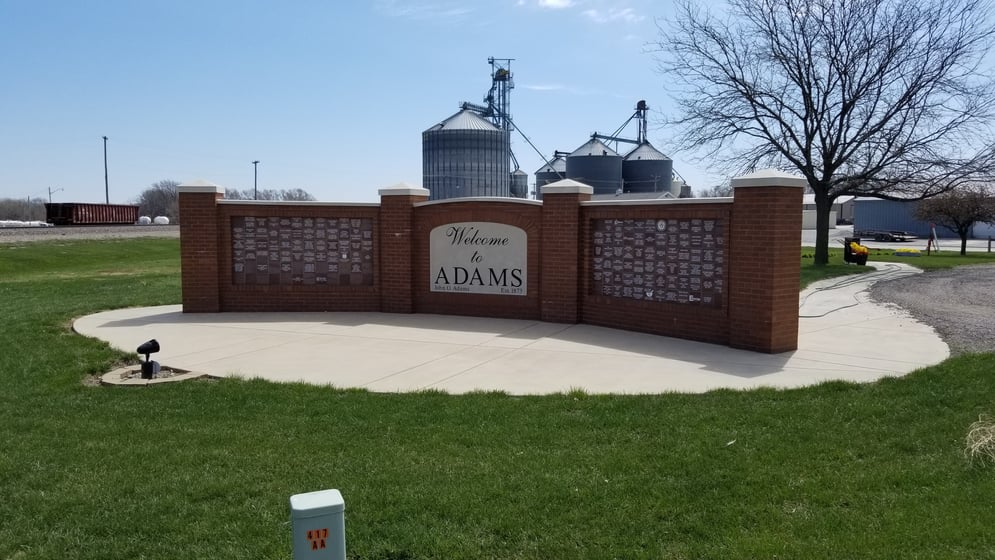 BEATRICE – A group of Adams residents want Gage County to examine improving a road between the town’s Main Street and Nebraska Highway 41….which has high maintenance and significant truck traffic.

County Highway Superintendent Mark Kohnke says the road….about a half mile of South 148th Road…..has a recent traffic count reading taken.
"Just off the intersection of 148th and Main there...on the gravel section...we had them placed and they picked them up last Monday, October 31st...at that traffic count location we are averaging 454 vehicles for the average daily traffic. Out of that we are averaging 57 trucks, so there's a lot more regular vehicles crossing there...taking that stretch, than just trucks."

Officials acknowledge that the truck use of the road can vary greatly, depending on harvest time, state highway construction work going on and proximity to the E-Energy Adams Ethanol plant.

Kohnke says the traffic counts on the road are comparable to what Hickory Road sees…..a road that connects with an industrial area.  As for possible upgrades to South 148th, County Road and Bridge Committee Chairman Terry Jurgens says there is a preliminary estimate for what is known as the Adams spur.

There are other roads where hard-surfaced improvements have been suggested. One of them by Board member Don Schuller…along the west edge of Virginia, Nebraska.  "I'm in favor of this...it's something that is needed. But, I want to remind everyone that I've, of course, been interested in the Virginia Road, which is three miles. But two-thousand feet of asphalt or hard surface near Virginia would accomplish the same thing. Obviously, there's not as much traffic, but there is the same safety issues.....dust, the intersection there with the highway, a lot of trucks during harvest."  South 162nd near Virginia is gravel but becomes asphalt farther south.

County officials have also had discussions about possible extension of paving on West Hickory Road, west of an industrial area.  Jurgens says it may be a good time to look at all areas of the county for higher traffic….and possible swapping of miles between county or township control.