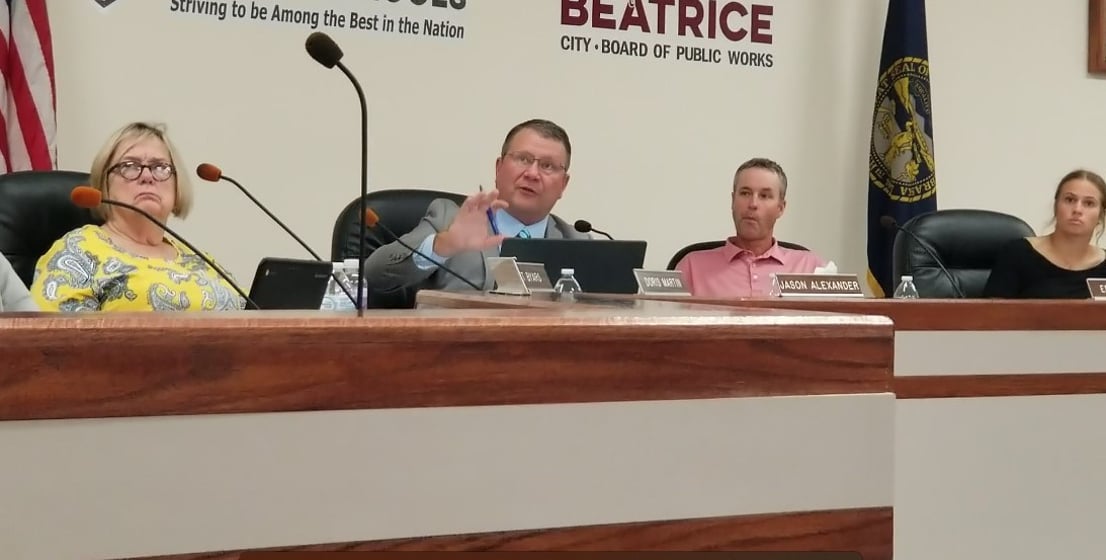 BEATRICE - Beatrice Public Schools could spend up to $30.65 million dollars in the district’s new budget, which is pending review and the district’s participation in a new joint public hearing required under state law for some governmental entities. Final approval of the school budget is pushed back, because of that requirement.

Superintendent Jason Alexander, in a budget preview to the school board Monday night, says if the district spent that total, it would be a 3.5% increase. The budget spending figure is about $161,000 less than the past year.

"Traditionally in history, Beatrice Public Schools has been very frugal from the standpoint of not spending more money than they bring in."

The district underspent its’ budget the past year. The district’s per student cost is $13,917…..under the state average of $14,595.  The district expects to receive about $5.45 million in state aid for the coming year and the property tax request would total about $12.59 million.  With the school’s general fund and building fund, the total tax rate of the district would check in at about $1.07…with a general fund levy of 90-cents.

As the district prepares for the start of construction of a new prekindergarten to fifth grade facility, it’s building levy would be nearly at its cap of 14-cents.
"With the project we have with the new elementary school, we have taken it all the way up to that 14-cents...we're right at 13-point-9 cents...which will generate one million, nine hundred thirty seven thousand four hundred and sixty six dollars. That's a very important number for us, because going into the building project, we need one point six million dollars to pay off that loan for the next forty years."

The district will request 2.8 cents in a quality capital purpose undertaking fund…for which districts can request up to 3 cents. That pays for lighting and roof improvements that have been made.  The levy is outside the state's tax levy lid imposed on schools, and has been in use in the Beatrice Public Schools since the 2009-2010 budget year.

The past year, the district had a general fund levy of 94-cents and the coming year, that levy would would decrease to 90-cents under the proposed budget. The district's building fund levy would go from 10.6 cents to nearly 14-cents.

All told, the district’s tax rate would go up marginally…slightly over one one-hundredth of a cent. Alexander said the district’s enrollment is expected to be up about 60 to 70 students, when the updated final count is certified.

Monday night, there were no citizens requesting time to speak during the public forum of the board, either on budget matters or other issues facing the district.