Huskers to face Oklahoma on Thanksgiving at ESPN Events Invitational

One of Thanksgiving's traditional matchups moves to the hardwood this November, as Nebraska will face Oklahoma in the opening round of the ESPN Events Invitational.
Tuesday, July 26th 2022, 2:27 PM CDT
By NU Athletic Communications 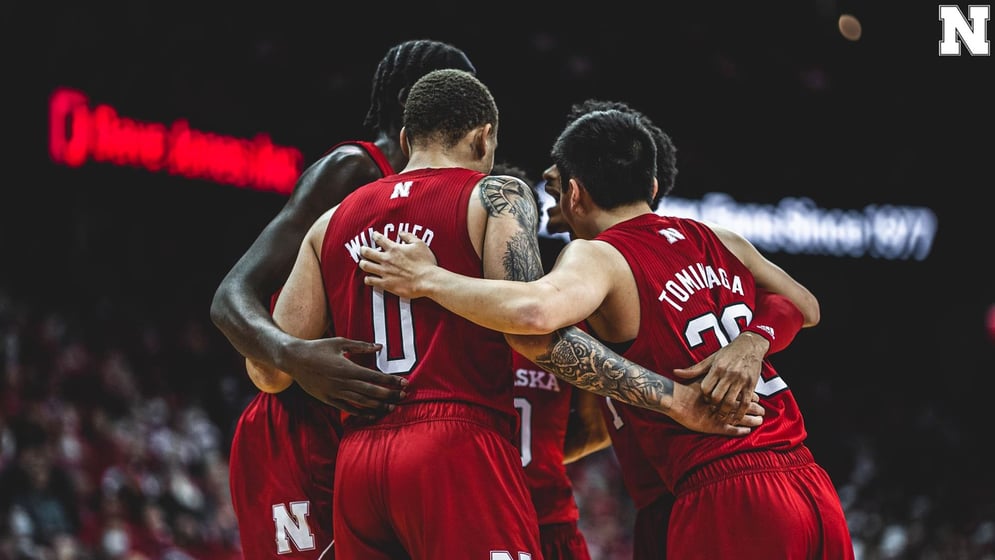 One of Thanksgiving's traditional matchups moves to the hardwood this November, as Nebraska will face Oklahoma in the opening round of the ESPN Events Invitational.

Nebraska will face Oklahoma at 4 p.m. (central) at the HP Fieldhouse on the ESPN Wide World of Sports Complex just outside Orlando. The game will be carried by ESPN and also the Huskers Radio Network.

The matchup between the Huskers and Sooners will be the first in men's basketball between the two schools since February of 2011. Oklahoma holds a 104-83 in the all-time series, as the two programs were conference rivals from 1921 until 2011, when Nebraska joined the Big Ten Conference.

Under the direction of Porter Moser, Oklahoma went 19-16 and reached the second round of the National Invitational Tournament in 2022. The Sooners return a pair of starters from that team in forwards Tannner Groves (11.6 ppg, 5.8 rpg) and Jalen Hill (9.1 ppg, 5.9 rpg).

All three teams on Nebraska's side of the bracket played in the postseason last season, as Memphis and ­Seton Hall are the other teams on NU's side of the eight-team bracket. The Huskers will play either Memphis or Seton Hall on Friday with the start time and TV information determined by the results of the first games in Orlando.

Memphis went 22-11 and lost to Gonzaga in the second round of the 2022 NCAA Tournament, while Seton Hall was 21-11 and lost to TCU in its opening-round matchup. The remainder of the eight-team field includes Florida State, Ole Miss, Siena and Stanford.

The 2022 ESPN Events Invitational will feature 12 games over the three days in a bracket-style competition. Ticket information and travel packages will be announced later this summer. Fans can sign up on the event website for a pre-sale to guarantee first access and a $10 discount on all price levels.

The Huskers return two of their top four scorers for fourth-year Head Coach Fred Hoiberg. Senior forward Derrick Walker (9.5 ppg, 6.0 rpg) has started 48 straight games for the Huskers since becoming eligible in January of 2021, while sophomore guard C.J. Wilcher (8.1 ppg, 2.3 rpg, 52 3-pointers) was the Huskers' sixth man for most of the 2021-22 season. Junior guard Keisei Tominaga started 11 games in his first season at NU and averaged 5.7 ppg. He comes off a stint playing with the Japanese Senior National Team this summer.

NU has retooled its roster with a trio of Division I transfers in Emmanuel Bandoumel (SMU), Juwan Gary (Alabama) and Sam Griesel (North Dakota State) and a recruiting class that ranked in the top 30 nationally by both Rivals and 247Sports. That group includes a pair of top-150 recruits in Ramel Lloyd Jr. and Jamarques Lawrence as well as junior college transfer Blaise Keita, who is the No. 4 overall player by JUCORecruiting.com.

The first-round game with Oklahoma is the fifth high major game on the Huskers' 2022-23 non-conference slate.