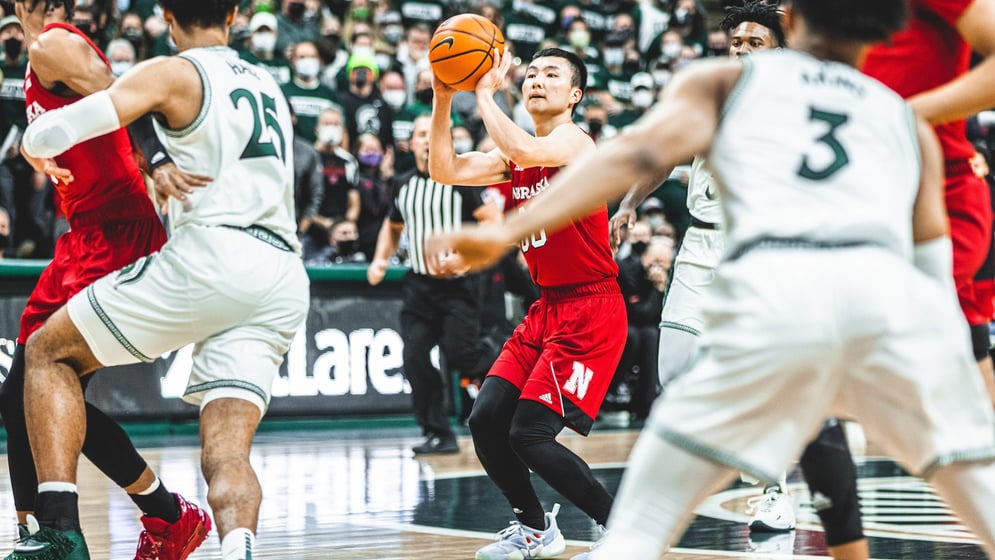 Husker guard Keisei Tominaga has been selected to represent his native Japan in the 2022 FIBA Asia Cup which begins Tuesday in Jakarta, Indonesia.

The 16-team tournament runs from July 12-24 with group play taking place from July 12-17. Japan is in Group C and will play its group games against Kazakhstan (July 13), Syria (July 15) and Iran (July 17). The top team in each group automatically advances to the quarterfinals, while the second and third-place finishers in each of the four groups will have a chance to qualify for the quarterfinals.

Tominaga, a 6-2, 178-pound guard made his senior national team debut earlier this month at the FIBA World Cup Asian qualifier, averaging 17.5 points per game, including 7-of-20 from 3-point range in helping Japan to a 1-1 record. Tominaga had five 3-pointers and a team-high 18 points against Australia. Tominaga has been training with the Japanese National team camp since late May preparing for Japan’s two summer tournaments.

Last season at Nebraska, Tominaga played in 30 games, including 11 starts in his first season as a Husker. He averaged 5.7 points per game and ranked third on the team with 36 3-pointers while committing just 10 turnovers in nearly 500 minutes of work. Tominaga recorded seven double-figure games, including a season-high 23 points against South Dakota. In that game, he hit 8-of-11 shots from the field, including 5-of-6 from 3-point range.

Tominaga has been in the Japanese national team program since 2017, playing for the U-16 and U-18 teams and was selected for the B National team in 2020. Last summer, he represented his native Japan in 3x3 basketball in the Olympics, helping the team reach the medal round. The youngest player in the tournament, Tominaga finished third in scoring (6.9 ppg), fourth in 1-point shooting (74 percent) and seventh in 3-point shooting (36 percent).