Police say over twenty shots were fired at Lincoln Street home, in Beatrice 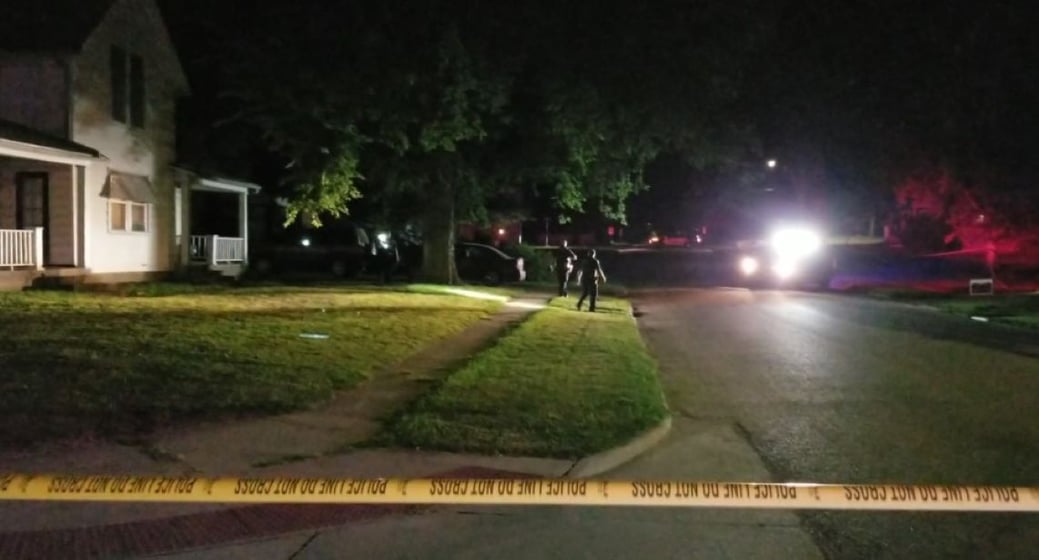 Police on scene of Lincoln Street home where shots were fired

BEATRICE – Beatrice Police investigating shots that were fired at a Lincoln Street home early Wednesday morning, say more than twenty shots were fired at the house located off the southwest corner of 14th and Lincoln.

Lieutenant Jay Murphy says both shotgun shells and handgun casings were recovered at the scene.

"We made a count of six shotgun casings....and at least sixteen handgun casings."

The shots hit the north side of the home, facing Lincoln Street…near the front door and windows.  No one was injured in the incident, which apparently occurred at about 2:30 a.m. Murphy says five people….three males and two females…were awake at the time, but none of them apparently were in the area where the shots struck.

"I know one of the officers was several blocks away and identified the sounds as possible gunshots....and so went toward that area. But as far as any other witnesses in the neighborhood, I'm not aware of that right now."

Murphy said police have not yet identified any vehicle that may have been used in the incident. Police are investigating what prompted the shooting. He said investigators still have a couple of people to question.

He said police think more than one person fired the shots at the home. One of the bullets landed on a nearby property. "A stray...I believe a handgun round went into a neighbor's back yard into a pool....an above ground, blow-up type pool. The round actually landed inside the pool."

Police were on the scene investigating for several hours early Wednesday, blocking off Lincoln Street to traffic, between 13th and 14th.