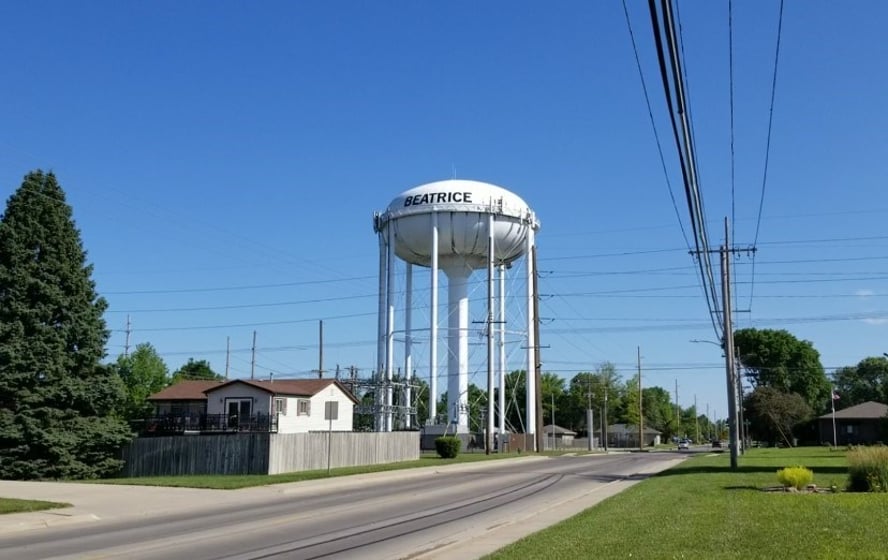 BEATRICE – One of the two water towers located in Beatrice will be getting huge orange logos of the letter B used by the city in its branding campaign.

The city council approved the spending of $13,899 with Utility Service Company, which will repaint the tower along North 19th, beginning in August.  The Board of Public Works earlier gave its approval to the addition. The painted logo would be about 16-by-16 feet on two sides of the tower.   The name Beatrice would remain on two other sides.

Plans are to consider installing similar logos on the city’s smaller tower in south Beatrice at Russell and Mulberry Streets, the next time it is repainted in about two years.

Utility Service Company has a long-term agreement with the city to help inspect and maintain the two towers.   Each structure is repainted about every ten to twelve years. 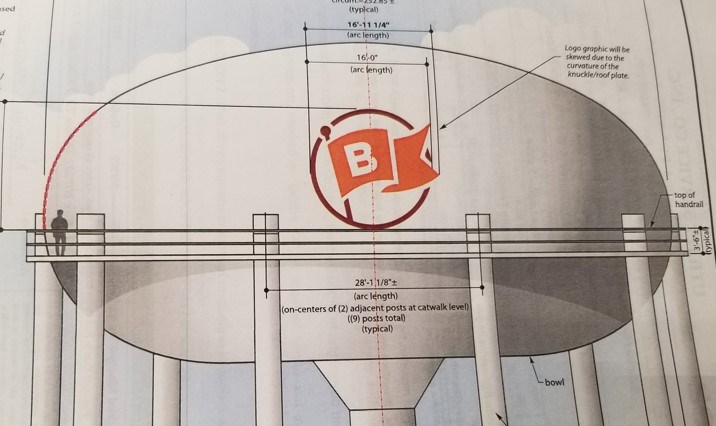