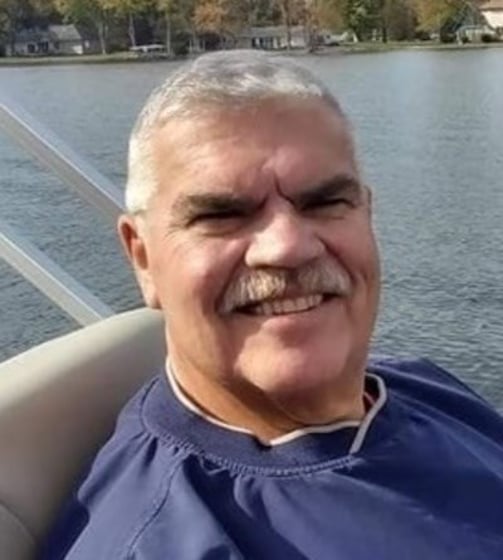 Eric “Rick” L. Danley, age 71, of Fort Wayne, IN, formally of Omaha died Monday, August 19, 2019 at Parkview Hospital in Fort Wayne. Rick was born in Fort Wayne, Indiana on February 28, 1948 to the late Bernard and Betty (Blauvelt) Danley. He graduated from South Side and went on to receive his master’s degree from the University of Nebraska- Omaha. On February 1, 1969 in McCook, Nebraska he married Marilyn Beasley. She preceded him in death on December 5, 2008. Rick was a physical education and health teacher in Fort Wayne for many years. Rick was also a former high school football coach and baseball coach in Fort Wayne, IN., before settling in Omaha, NE in 1982 with his family. Rick was self-employed for a time and later worked in sales for Redfield and Company in Omaha before retiring in 2010. Rick was very active in many organizations such as Shriners, Masons and Scottish Rite. He also umpired softball for many years and was a member of the ASA Hall of Fame. He was a huge Nebraska sports fan especially football. Rick enjoyed his time on a golf course and at East Long Lake in Michigan with his family, but his greatest joy was spending time with his grandchildren.
Survivors include:
Son, Michael Danley of Omaha.
Son, Eric B. and Kristin Danley of Fort Wayne, Indiana.
Daughter, Sarah and Jerod Olson of Omaha. Grandchildren; Elle (18), Jacob (15), Addy (12), Aven (11), Taylor (11), Landon (10), Riley (9) and Everett (9).
Brother, Mike and Christine Danley of Coldwater, Michigan.
Niece, Richelle Danley and Chad of Monroeville, Indiana.
Nephew, Brandon and Erin Danley of Wayne, Pennsylvania.
Rick was preceded in death by his wife Marilyn, parents, grandparents and infant son Ryan and his beloved dog Brinkley.

Memorials services will be Friday, October 25, 2019 at 11:00 a.m. at Gerdes-Meyer Chapel in Fairbury. Memorials will go to the Leukemia & Lymphoma Society. Burial will be in the Fairbury Cemetery. Gerdes-Meyer Funeral Home is in charge of arrangements.  www.gerdesmeyerfh.com