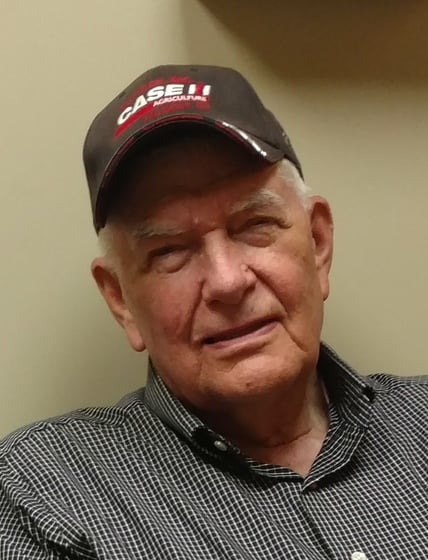 Lawrence D. Oltman, 80, of Adams passed away on Saturday, January 7, 2023 at Gold Crest Retirement Center of Adams. He was born October 11, 1942 at Beatrice to Harm and Evelyn Werner Oltman. He graduated from Adams High School in 1960. On June 1, 1962, he married Janie Cooper at the First United Methodist Church of Adams. They moved to Lincoln where Lawrence worked as a meat cutter at Hinky Dinky and OP Skaggs. In 1969, they returned to farm in the rural Adams area.  He was a member of the First United Methodist Church of Adams where he served on various committees. He served on the Adams School Board, Adams Farmer’s Cooperative Board and received the Outstanding Young Farmer of the Year award. He enjoyed hunting and gardening. The three most important things in Lawrence’s life were his family, faith, and farming.

Memorial services will be held at 10:00 A.M. on Friday, January 13, 2023, at the First United Methodist Church of Adams with Pastor Sketer Makena Riungu officiating. Inurnment of the cremains will be at the Highland Cemetery of Adams.  There will be no viewing as cremation has taken place.  A family prayer service will be held at 9:45 A.M. on Friday at the church. A register book will be available on Thursday from noon until 8:00 P.M. at the Fox Funeral Home of Adams. The family will greet family and friends on Thursday from 5:30 P.M. until 7:00 P.M. at the funeral home. A memorial has been established to the family for future designation. www.foxfuneralhome.net  Arrangements entrusted to Fox Funeral Home & Cremation Services of Adams.