John William Ensz was born to Charles and Elizabeth (Betty) Ensz in Beatrice, Nebraska on January 12, 1966. He died on December 30, 2022 at the age of 56 in Branson, Missouri. He placed his faith in Jesus for eternal life at a very early age and walked cl
Thursday, January 5th 2023, 9:36 AM CST 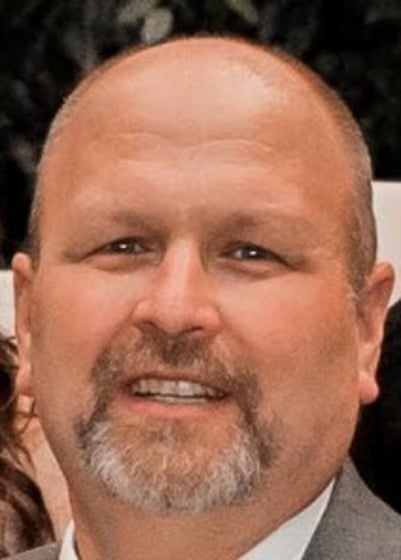 John William Ensz was born to Charles and Elizabeth (Betty) Ensz in Beatrice, Nebraska on January 12, 1966. He died on December 30, 2022 at the age of 56 in Branson, Missouri. He placed his faith in Jesus for eternal life at a very early age and walked closely with the Lord his entire adult life.  He had a deep and abiding faith.  John graduated from Tri County High School in 1984 and joined his father in running their family dairy operation which was his heart’s desire. He was set up with J’Nan Hiebert of St. Louis, Missouri in September of 1992 and had the guts to pursue her even though she said she’d never marry a dairy farmer from Nebraska.  The Lord had different plans and she would eat those words. They were married 9 months later, on May 15, 1993. J’Nan joined John on the farm and they enjoyed milking cows together for seven years until they sold the dairy in 2000. John then went to work in town to continue providing for his growing family. He worked at a few places before settling in at Neapco where he worked for the last 12 years. They raised five children and were a strong parental team.  It was quite rare that they didn’t agree on how they should parent.  They thoroughly enjoyed their married life—especially after the kids all moved out!  He enjoyed keeping up on politics, fixing things that J’Nan would have thrown away, adding to the junk drawer, making casserole “concoctions” out of uneaten leftovers, and snuggling with the temperamental family cat, Winston. He was also a dedicated father, supporting his children in their many extra-curricular activities and offering sage wisdom, and at times, sharp wit. He was an incredible support to J’Nan in her business and her ministries and was head cook during tax season.  He was her unmoving rock (although she did try at times)!  At home and work, he was well-known for consistent pranks and comedic timing.  But many also knew him for his sweet, calm nature, and willingness to lend a hand.  He was a faithful member of Jansen Bible Church. His church was his extended family and he and J’Nan loved serving there together.  He served as a deacon for a number of years and then as an usher and the Awana Commander until he was called into the presence of his Savior, Jesus Christ. He is survived by his wife, J’Nan; son, Keaton (Alexa) of Grandview, Missouri; daughter, Riley of Blue Springs, Missouri; son, Colby (Whitley) of Lincoln; daughter, Cheney  (fiancé, Samuel Bethea) of Edwards, Mississippi and son, Fischer of Lincoln; sister, Lisa (Todd) Hornung, sister, Becky (Brett) Darrough, brother, Jason, sister-in-law, Yvonne Hiebert (Doug), mother-in-law, Emmalyn Hiebert, aunts and uncles, nieces and nephews, cousins and friends. He was preceded in death by his parents and his father-in-law, John Hiebert.

“When words fail, speak in praise of God.”