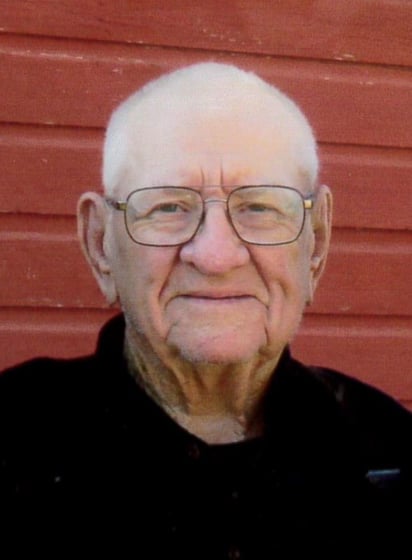 Howard L. Thornburg, 92, of Beatrice died early morning Sunday, January 1, 2023, at Bryan East Hospital in Lincoln. He was born April 15, 1930, at rural Beatrice to Clifford and Ruth (Ellinger) Thornburg. He was baptized on April 17, 1949, at First Christian Church of Beatrice. He attended Beatrice High School where he enjoyed track and was a 1948 graduate. He worked and helped his grandfather and father on the farm. He served in the United States Army from January 10, 1952, to December 30, 1953, as a field wireman and was stationed in Trieste, Italy. After serving his country, he worked at Farmers Union Coop delivering propane. He married his wife DeLores Swanda on February 14, 1967, at Beatrice. He then worked for the Beatrice State Developmental Center in the maintenance department. Upon retirement he enjoyed fishing, gardening on his acreage, tinkering on projects, cracking walnuts, painting projects, and spending time with his family. He was a member of Geddes-Thober Post #1077 of the Veterans of Foreign Wars and Bitting-Norman Post #27 of the American Legion of Beatrice where he is a Past Commander.

Graveside services will be held at 11:00 A.M. on Thursday, January 5, 2023, at Evergreen Home Cemetery with Pastor Clayton Lundstedt officiating. Military honors will be conducted by the Nebraska Army National Guard and Bitting-Norman Post #27 of the American Legion of Beatrice. In lieu of flowers a memorial has been established to the family for future designation. Closed casket visitation will be on Wednesday, January 4, 2023, from noon until 8:00 P.M. at the Fox Funeral Home of Beatrice. www.foxfuneralhome.net  Arrangements entrusted to Fox Funeral Home & Cremation Services of Beatrice.