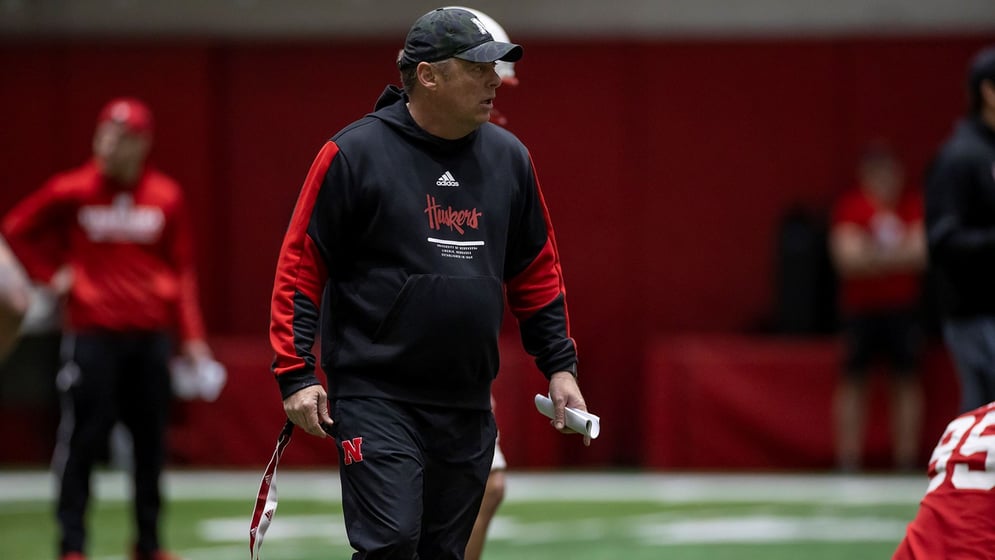 Nebraska special teams coordinator Bill Busch met with members of the media following day seven of fall camp Thursday. Busch spoke on Thursday's practice and on the effort from the start of fall camp.

"Just got done with practice number seven," Busch said. "Been very pleased with our effort. Effort has been tremendous on special teams in all phases. We're trying to tell them 'woah then go' which means there are sometimes when we need to slow down rather than speed up and we are spending more time on that. There are no issues with getting a very interested and invested group out there in every drill that were doing. In general, were kicking, punting and snapping the ball well. No decision have been made as far as positions, but very pleased with how we got started in those phases. A lot of positives going for us right now, a lot of kids busting their tail at every position."

Busch spoke on the changes made from last year.

"There's probably been some changes, you always have a little bit of your own flair too when things come in," he said. "Drill work wise if there is one theme that were trying to have is that were trying to have competitive drills, and we use the term 'game rep'. So, the walk-through phase or three-quarter drill phase does not do us any good. So, we want to be able to have them out there and compete. Our effort is outstanding, and I really appreciate them for that and what they are doing."

He commented on how the dynamic of the new staff has seen improvement in the running back and wide receiver room.

"That also is a trickle-down effect from the head coach to the position coach, because the running back room is outstanding and that comes down because of what we have from Coach Frost and Coach Applewhite as far as what is expected in the room and how he pushes those guys in the room," Busch said. "And we have the same thing going on with all positions, but the same thing has happened where we really made a huge jump is in the wide receiver room as far as Coach Joseph has done an unbelievable job with getting his guys ready for when they need to be on special teams and what they are doing and performing at a really high level with a lot of energy."

The Huskers will return to the practice field tomorrow for day eight of fall camp. Nebraska kicks off its season on Saturday, Aug. 27 against Northwestern in Dublin, Ireland at 10:30 a.m. (MT) on News Channel Nebraska radio stations across the state, including 98.7 FM in Sidney.