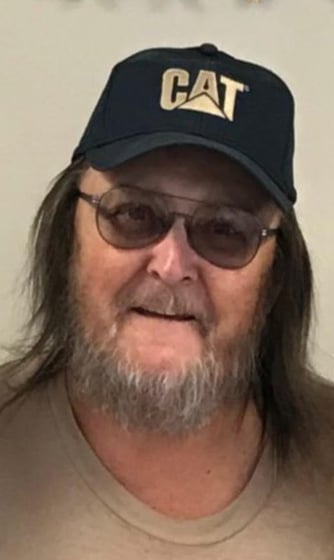 Allen Ray Boyer, 70, of Crab Orchard passed away July 13, 2022. He was born August 1, 1951, in Nebraska City to Merten and Ruth (Walters) Boyer. He grew up in Nebraska City, graduating from Nebraska City High School in 1969. He joined the United States Air Force in June of 1969 and served overseas until June of 1973. He was also in the Nebraska Army National Guard from 1973-77. He married Beverly Trout on December 29, 1973, and to this union they were blessed with two sons, Travis, and Jordan. They initially lived in Beatrice before moving to Holmesville, where they raised their family. He often commented that those were the best years of his life. Allen worked and retired from the Gage County Highway Department as a heavy equipment operator. He was an active member of the Beatrice Legion Club for many years, where he bartended, helped with Easter Egg Hunts, and played Santa. Allen and Beverly were divorced in 2005 and Allen retired to Crab Orchard, where he has lived ever since. He enjoyed gardening, Nebraska football, and writing letters to friends and family to keep everyone updated on current events. Mostly, he loved his grandchildren and dachshunds.

Memorial services will be held at 2:00 P.M. on Friday, July 22, 2022, at the Fox Funeral Home of Beatrice with Pastor Kathee Forrest officiating. The family request casual attire for the service. Military rites will be conducted by the United States Air Force Honor Guard and Bitting-Norman Post #27 of the American Legion of Beatrice. There will be no viewing as cremation has taken place, but Allen’s book will be available for signatures on Thursday, July 21, 2022, from noon until 8:00 P.M. at the funeral home. A memorial has been established to the Beatrice Humane Society. www.foxfuneralhome.net  Arrangements entrusted to Fox Funeral Home & Cremation Services of Beatrice.