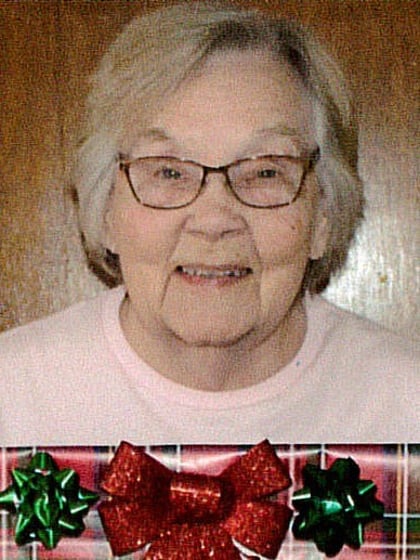 Irma L. (Burger) Gerdes, 99 years of age, of Beatrice passed away Saturday, June 18, 2022 at Beatrice Health and Rehabilitation. She was born on September 7, 1922 in rural Gage County to John “Frank” Francois and Annie E. (Winkle) Burger. Irma attended Holmesville School from 1st to 9th grade, Bridges 101 and finished the last 3 years at Beatrice High School, graduating in 1940. She was baptized into religious faith in 1937 in the First Christian Church in Beatrice. Irma sang in the church choir while attending high school in her sophomore year. She was a member of the Christian Women’s Fellowship and served as Deacon and Board member of the church for many years. Irma married Earl Gerdes on June 11, 1942. Earl spent 3 ½ years serving his country in WWII of which 3 consecutive years were spent overseas in the South Pacific Theater. He was discharged and met his 3 year old daughter for the first time. It was a great meeting for Naomi and her father. Earl passed away in 1994 from “scars” of the War. Irma became employed at Norris Public Power District for over 16 years as a payroll and accounting clerk. She was employed by the United States Postal Service in Lincoln and transferred to Long Beach, California. Irma attended City College in the field Business Administration. Due to health problems the family returned to Beatrice and she became employed at the Board of Public Works as secretary and radio dispatcher. She passed a civil service test and became employed by FmHA United States Department of Agriculture in 1972. Irma enjoyed the challenge of work, which included travel in southeast Nebraska and special training in the United States. After 20 years of service, she retired as a District Loan Specialist and received special honors for her “Leadership in the R.R. Housing Program” in this Federal Work Force, USDA. Irma was a member of the Beatrice Chamber of Commerce, Ambassador Club (Star Ambassador in 2014), Main Street Beatrice, National Association of Retired Federal Employees, MembersOwn Credit Union, Beatrice Area Art Council, Beatrice Humane Society, VFW Auxiliary #1077 (President and Vice President), American Legion Auxiliary #27, National WWII Museum – Charter Member, Lincoln Symphony Guild, 55 Plus in Beatrice and Lincoln, Arbor Lodge Foundation, Homestead Dulcimer Club, Sheldon Memorial Art Gallery, Past Board Member of Beatrice Senior Center, NET TV Foundation, Southeast Nebraskaz Genealogy Society and Keep Beatrice Beautiful. She loved her home town!