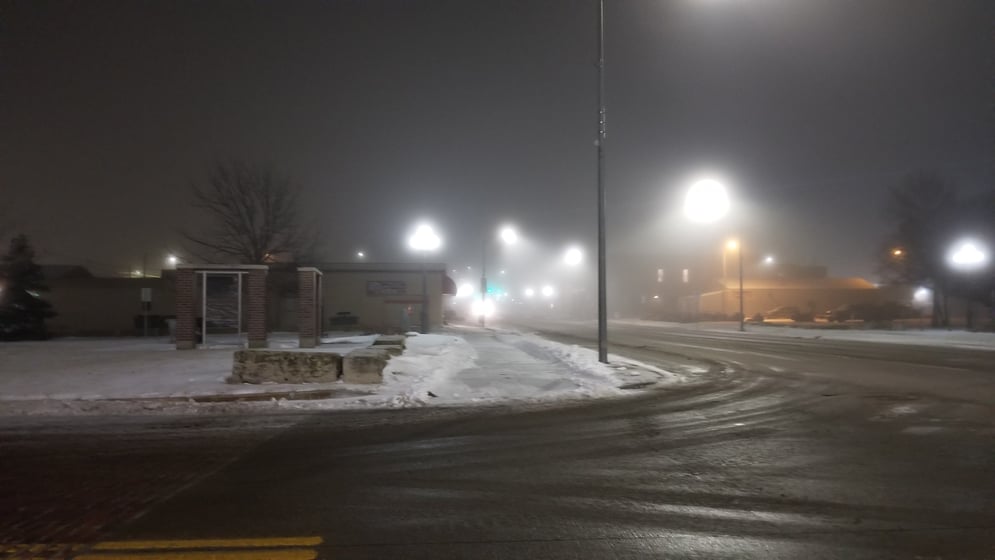 BEATRICE – A man has died after being injured in an early Sunday morning accident with a city snow-clearing machine, that happened near 1st and Court…near the West Court Street bridge in Beatrice.

Police officers and Beatrice Fire and Rescue officials were sent to the scene just after two a.m. A Southeast Communications dispatch report said a man was pinned in a vehicle and airbags had deployed during the accident.

According to a Beatrice Fire Department spokesman, the man’s westbound white four-door sedan collided head-on with a large City of Beatrice snow-blowing machine that was traveling east, removing ridged snow from the center of Court Street. The driver of the car was briefly trapped in his vehicle.
Beatrice Police Chief Bruce Lang says the Nebraska State Patrol is investigating the accident, including determining how fast the car involved was traveling at the time of the collision.

"Accident reconstruction officers are actually doing that part of the investigation. Two reasons....that's what they do, and secondly, because there was a city vehicle involved. As far any calculations as far as speed or anything related to that accident, they'll be making that determination".

Lang said there was no indication from officers at the scene that visibility was a problem at the time of the collision. He said investigators suspect alcohol use was a factor, in the incident. No city employees were injured in the collision.

The driver of the car, 34-year-old Jeremy L. Lopez, of Beatrice died at Beatrice Community Hospital from injuries about an hour after the accident. He was employed at Landoll Corporation in Marysville, Kansas as a forklift driver.