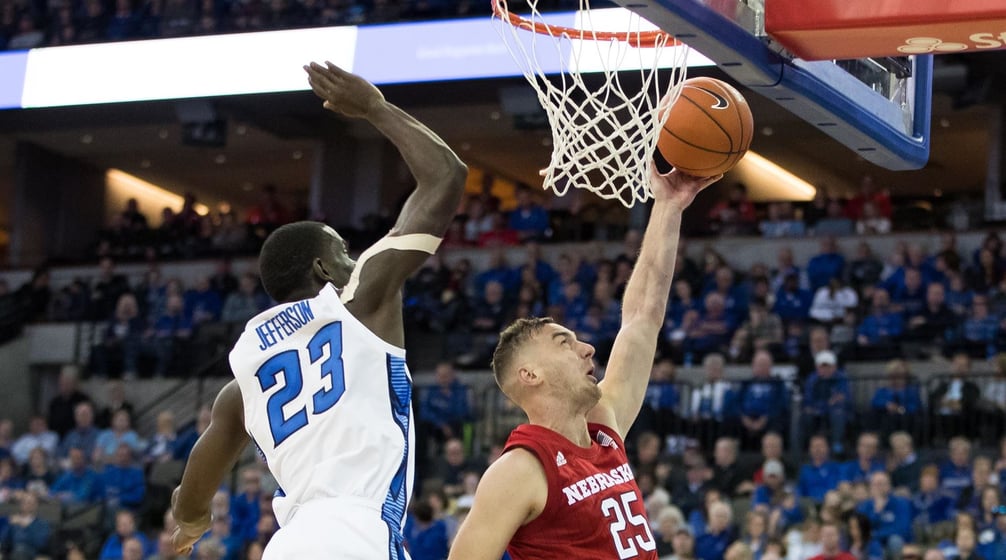 Matej Kavas was one of five Huskers in double figures against Creighton.

Omaha – Haanif Cheatham had a team-high 14 points to lead five Huskers in double figures, but Nebraska's start proved costly in a 95-76 loss at Creighton Saturday afternoon.

Marcus Zegarowski led four Creighton players in double figures with 30 points, nine rebounds and six assists, as the Bluejays (7-2) shot 53 percent on the day, including 13 3-pointers. Ty-Shon Alexander added 22 points in the victory.

Damien Jefferson, who entered the game 1-of-15 from 3-point range on the season, drained a pair of 3-pointers in a 18-2 Creighton spurt to open the contest that set the tone for the contest.  Nebraska

While the hosts got off to a blistering start, Nebraska struggled from the floor, missing 24 of 27 shots from the floor as Creighton raced out to a big lead and cruised to a 19 -point victory.

The Huskers return to action Friday night when they take Indiana in its Big Ten opener. Tipoff from Assembly Hall is set for 7 p.m. (CT) and will be televised on BTN and carried on the Learfield-IMG Husker Sports Network, including 1600 AM, 105.5 FM in Nebraska City.